Wondering where to live in Hong Kong? It’s always good to talk to the neighbours! In our regular Street Talk feature, we get the inside scoop from residents of different areas. Here, we chat to KATIE O’FLYNN about living in Tung Chung in Hong Kong.

What suburb do you live in? Tung Chung.

How long have you been there? Nine months.

Why Tung Chung? My husband is working on the airport extension, and we liked the community feeling and bigger accommodation spaces.

What transport is available in your suburb? Everything – regular buses cover the majority of Hong Kong, and there is the MTR. There’s also a ferry service to Tai O.

When you walk out of your house, what’s the first thing you see? So much greenery – it’s so lush!

What’s the closest store to your front door? Market Place is a three-minute walk and Fusion is a five-minute walk.

What’s the unofficial uniform of your suburb? Definitely gym wear!

If a celebrity moves in, who would it most likely be? Someone who likes the outdoors, with Lantau on the doorstep and many hikes and bike trails. Perhaps Bear Grylls?

When you’re in need of a dose of culture, what do you do? Walk along the pier and watch the fisherman casting their rods, having a beer and laughing. It’s very peaceful and a nice way to spend a morning.

What’s a mandatory stop for taking out of town guests? I always love Mui Wo, though that’s not technically Tung Chung. The promenade next to the Sheraton Hotel has lots of cafés and restaurants with outdoor seating; it’s lovely to sit outside and enjoy the surrounds!

What’s a common myth about your area? “You’re so far away!” This is a common phrase we hear when we tell people where we live. We actually aren’t that far – it’s a 30-minute MTR to Central; my door-to-door commute is 45 minutes (I work in Quarry Bay); and we can get a boat to Tai O, a bus to Mong Kok in 40 minutes, and a bus to Mui Wo for the beach in 20 minutes.

What would wake you up at night in your neighbourhood? Very rarely, the sound of a plane.

What would a massive late-night rager in your suburb involve? Tung Chung is relatively quiet in that sense! However, Cabana Breeze offers some delicious cocktails and a happy hour. Ebeneezers is just next door for a midnight feast after one too many. 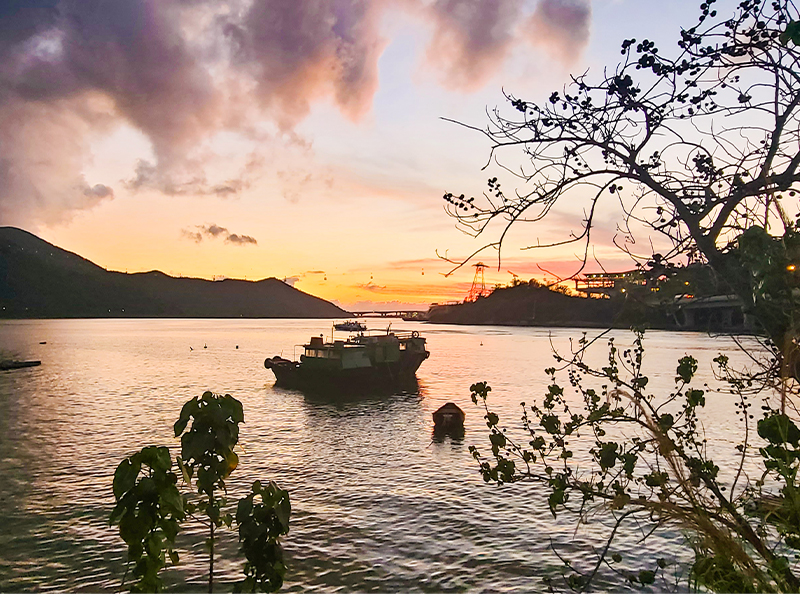 What’s your hands-down favourite neighbourhood joint? I love La Vista, which is a Mexican restaurant offering a wide selection of foods as well as sangria. It has lovely outdoor seating, and a view overlooking the water.

What’s the strangest thing you’ve seen in your neighbourhood? Lots of dogs in prams – everywhere. What are the best bargains in the neighbourhood? The food market; it has cheap fruit and veg, marinated meats, fresh dim sum and noodles.

And the guiltiest local pleasure? Cinnabon at the Citygate mall; the smell is temptation enough!

What’s one thing you’d never change about the area? The people who live here; everyone is so cheery and smiley.

If the city gave you HK$20 million to give Tung Chung a makeover, what would you do? Expand the waterfront area to include a longer walk and cycle route. Add more trees – you can never have too many! Add more Loco bikes so we can go cycling more often (they are few and far between at the moment!).

DO YOU LOVE YOUR NEIGHBOURHOOD? Share it with others – just email us at info@expatliving.hk with “Street Talk” in the subject line. Include your name and street, and we’ll be in touch.